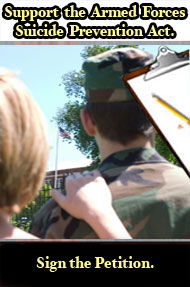 On this fifth anniversary of the invasion of Iraq, we have reached an extraordinary juncture. The so-called surge has failed to achieve its stated objective, which was to facilitate reconciliation within the Iraqi government.

While our brave American troops have performed brilliantly, the Iraqi government, time and again, has failed to take the kinds of actions that will foster national unity. Meanwhile, we have received a series of objective, authoritative reports documenting that the Iraqi government, Army, and police are dysfunctional and riddled with sectarianism and corruption.

The costs of this war have also been monumental. Nearly four thousand American soldiers have lost their lives and thousands more have suffered battle wounds of all kinds.

One of the most important — but too often overlooked — tragedies of this war is the growing epidemic of suicide and depression in our military. Last year, suicides among active-duty soldiers reached their highest level since the Army began keeping records 28 years ago.

Last winter, I passed a veteran suicide prevention law that honored Joshua Omvig, a soldier from Grundy Center, Iowa who took his own life after returning from Iraq. Now, we are working to pass a similar comprehensive suicide prevention program that trains active duty soldiers and field medics in coping with stress and depression resulting from service in Iraq.

The President’s stay the course policy in Iraq has brought us more of the same. The same violence. The same dysfunction. The same failure.

The only true way forward in Iraq is to redeploy U.S. forces. Only then will Iraqi leaders have the incentive to resolve their differences and take responsibility for their own future.

But until that time, we must improve the care and conditions facing our brave soldiers in Iraq. The Armed Forces Suicide Prevention Act is a critical step in the right direction.

Thanks for your support,

War or peace? Such extreme perspectives on life itself. Everyday of my life I give thanks to you for all your support of my journey across America in 1986 with the Great Peace March….doing research for my art show dealing with peace. Peace is within as war is within, manifesting in our culture as a shared reality. Peace is listening to oneself and being in harmony with oneself, a very simple and easy meditation. If we would all focus on the heart of reality, our culture would reflect the truth and war on all levels would dissolve into the natural state of being…peace. Blessings to all you have done for peace.

Please read my article on Irag and United States economy.