Sixty is all it takes 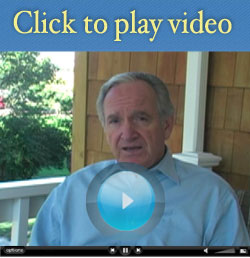 The president recently announced his new plans for Iraq but again failed to provide a concrete timetable for the conclusion of this tragic war. Democrats in the Senate have been fighting for tangible measures of success but our efforts have consistently been blocked by the Republican minority.

However, there is hope. Democrats received wonderful news last week. First, Senator Chuck Hagel announced his retirement, creating an excellent opportunity for Democrats to pick up his seat in Nebraska. Then, former Governor Mark Warner announced his candidacy for the open U.S. Senate seat in Virginia. Days later, former Governor Jeanne Shaheen announced that she plans to run for the Senate to run in New Hampshire.

Please watch my video message today and donate $60 to help return 60 Democrats to the Senate to overcome Republican filibusters next year.

As more respected Republicans like John Warner and Chuck Hagel leave the Senate and excellent Democratic candidates like Mark Warner and Jeanne Shaheen emerge, our party is poised to gain the 60 seats necessary to stop Republican filibusters and bring our families and neighbors home from this war.

Your donation of $60 to my campaign will help us put 60 Democratic votes on the floor of the Senate, enough to override Republican filibusters and allow us to change course in Iraq.

Electing a Democratic majority in Congress was the first step. The American people spoke, but Republicans have tried to silence our collective voices. I know, together, we’ll keep fighting and we will bring a close to this war.

With a critical fundraising deadline approaching, please take a moment to watch my video and donate $60 to help us elect a filibuster proof majority next fall.

Thank you for your continued support.